Kawauna Gill and Tamara Coleman are set to open Kanary Bar, the first and only Black female-owned bar and lounge in the entertainment district of d 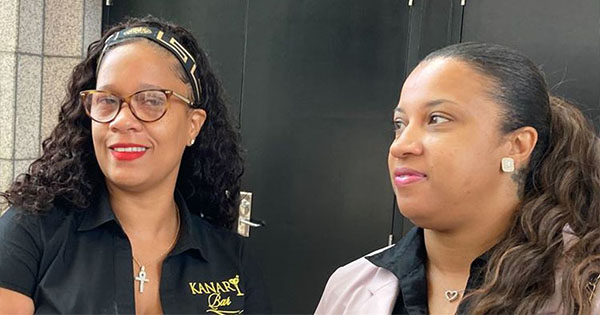 Kawauna Gill and Tamara Coleman are set to open Kanary Bar, the first and only Black female-owned bar and lounge in the entertainment district of downtown Mobile, Alabama despite the racially motivated opposition they have faced from some neighbors. And for them, it’s finally a dream come true.

Earlier this year, Gill and Coleman acquired a vacant building located on North Jackson Street in Downtown Mobile that they wanted to turn into an upscale bar and lounge. But it was only after six months that they got approval from the Mobile Planning Commission due to some concerns about the bar’s operating hours and capacity.

The duo originally planned to stay open until at least 2:00 a.m. during weekends but they had it changed to 12:00 a.m. The building could also hold up to 300 people but they had to compromise and set the maximum capacity to only 179.

Moreover, there were challenges in applying for the liquor license as they faced racial controversy from neighbors in a nearby residential area. The city council reportedly received letters opposing the bar and asking them to locate to other areas such as MLK or Prichard. Some even asked if there were drugs involved and wanted them to sign a contract outlining specific business restrictions, which they did not agree with.

Even though they went through a difficult journey, the duo got a unanimous approval from the city council to operate as a bar and lounge. The Kanary Bar will open soon within this year. Learn more at Facebook.com/KanaryBar

Instagram Struggles With Fears of Losing Its ‘Pipeline’: Young Users

Instagram Struggles With Fears of Losing Its ‘Pipeline’: Young Users 0