Google Measure Is Officially Dead, Unless You Still Have It

Google has now officially killed off its AR-based real-world measuring app, Google Measure. Or at least it has for any user who doesn’t already have

Google has now officially killed off its AR-based real-world measuring app, Google Measure. Or at least it has for any user who doesn’t already have it installed, based on recent reports.

Google Measure was first introduced back in 2016 as part of Project Tango for compatible ARCore-ready handsets. Summarily, it utilized the cameras and sensors on a smartphone or tablet to measure real-world objects.

How do we know that Google Measure is really dead?

As of this writing, the app has been updated in the Google Play Store with what is described by Google as the “final version.”  And there are also clues in the app description. Namely, the top-line of the app listing indicates that the app is no longer supported and won’t be updated.

But those aren’t the only clues that Measure was going to be shut down for good by the search giant.

Google’s updates to the app had slowed since 2018. That’s following Google’s decision to move it to its own app rather than including it as part of Project Tango And, from there, only a few minor app updates have been released. One to include vertical measurements and another to add more unit conversions.

Of course, there were also minor UI updates over the past couple of years, in particular to the surface detection UI. But development on the project has not typically included adjustments for accuracy. Or changes to bring on new users. And the app, in 2020, didn’t see any significant changes either.

What can you do if you need this tool?

Now, users who have already installed Google Measure in the past won’t necessarily be locked out. This change essentially makes it impossible for new users to gain access. And, it goes without saying, there won’t be any incoming changes to fix any problems that the latest update might bring with it.

Users who have previously downloaded the app or who have it installed as of this writing can still access Measure. But there’s no telling just how long that will remain the case. Google may eventually release a new app to replace Measure, based on recent reports. But there’s no guarantee on that front either. 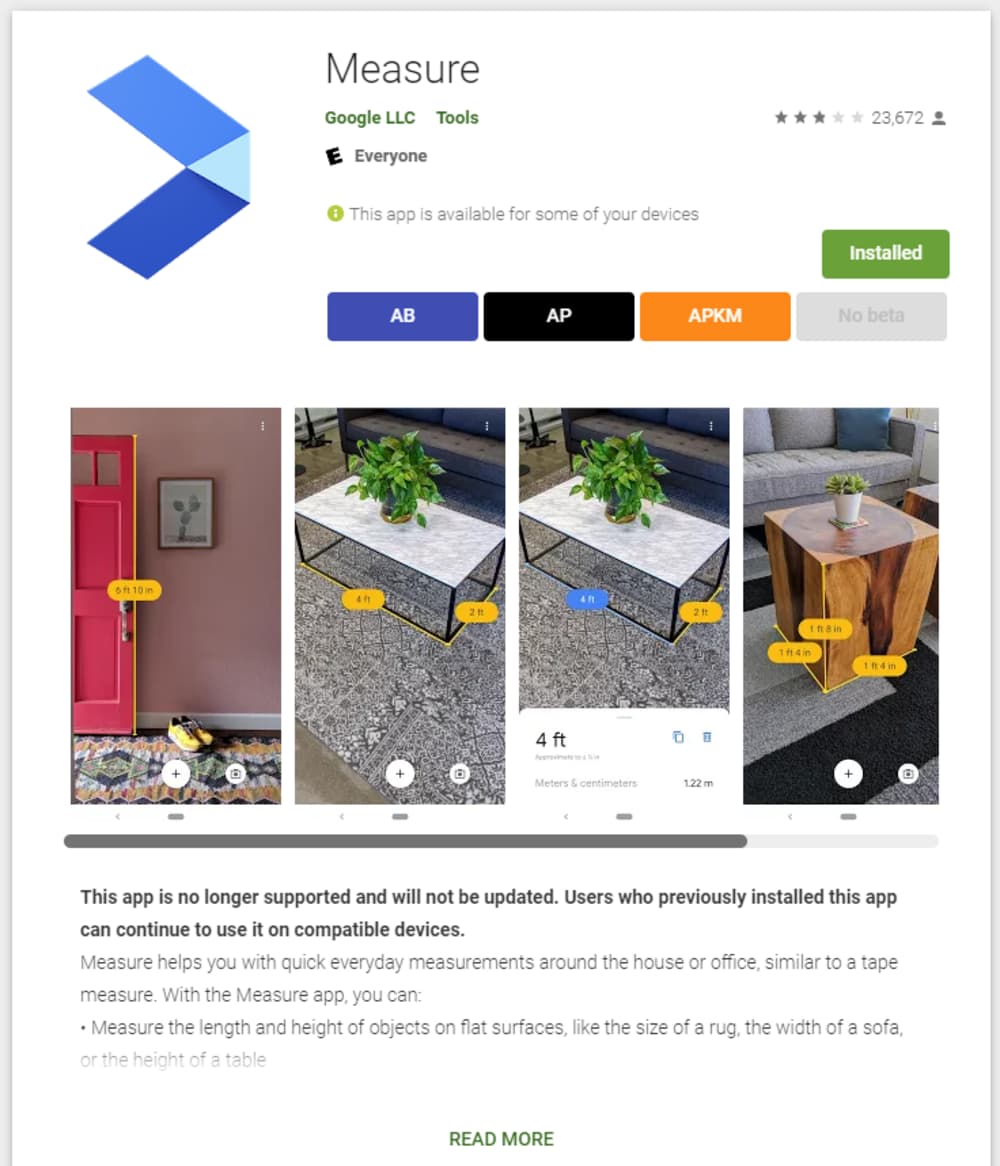 Here are the Leaders in Diversity of North Texas business – WFAA.com 0