Is Twitter Blue a good enough product to earn your $3 a month?

There’s one feature that could be very useful for journalists and other Twitter packrats, but otherwise, it’s kinda meh. (And no, that’s not a real ed

Bitcoin and Encryption: A Race Between Criminals and the F.B.I.
The child safety problem on platforms is worse than we knew
Deliveroo shares fall as it gives cautious guidance in first update since IPO flop

There’s one feature that could be very useful for journalists and other Twitter packrats, but otherwise, it’s kinda meh. (And no, that’s not a real edit button.)

Twitter Blue is an odd name for the social network’s $3/month premium service, which it formally announced this morning after weeks of leaks. Is it the late-night version of Twitter where you can swear? Is it Sad Twitter? A service regulators will eventually force Twitter to spin-off?

But of course Twitter’s Celtics-inspired bird log has long been blue (thank heavens they abandoned that awful mucus green). And its verified accounts have made being a “blue check” either a mark of elite status, dastardly power, or both. So the choice isn’t that curious.

We’ve heard from the people that use Twitter a lot, and we mean a lot, that we don’t always build power features that meet their needs. Well, that’s about to change. We took this feedback to heart, and are developing and iterating upon a solution that will give the people who use Twitter the most what they are looking for: access to exclusive features and perks that will take their experience on Twitter to the next level.

And for those wondering, no, a free Twitter is not going away, and never will. This subscription offering is simply meant to add enhanced and complementary features to the already existing Twitter experience for those who want it.

Starting today, we will be rolling out our first iteration of Twitter Blue in Australia and Canada. Our hope with this initial phase is to gain a deeper understanding of what will make your Twitter experience more customized, more expressive, and generally speaking more 🔥.

Testing out new subscription products in Canada is by now a media tradition; The New York Times’ paywall also debuted there, ten years ago. Testing in smaller anglophone1 countries lets corporations work out the kinks on a smaller scale before expanding to the U.S., which Twitter Blue is expected to do later this year.

So what do you get for your three bucks a month? Right now, a pretty underwhelming mix of features.

Undo Tweet: Typo? Forgot to tag someone? Preview and revise your Tweet before it goes live. With Undo Tweet, you can set a customizable timer of up to 30 seconds to click ‘Undo’ before the Tweet, reply, or thread you’ve sent posts to your timeline. Correct mistakes easily by previewing what your Tweet will look like before the world can see it.

Twitter users have been calling for an edit button for well over a decade.

But this is only an edit button if you catch your typo in the first 30 seconds. For a mistake found that quickly, a quick delete-and-repost will work fine for just about anything other than the biggest celebrity accounts and the worst unintentional slurs.

And if you choose to use this feature on mobile, you either (a) have to just…stare at your tweet for the next 30 seconds as you watch the time tick by, or (b) tap “Send now,” turning tweeting from a one-tap action to a two-tap one. 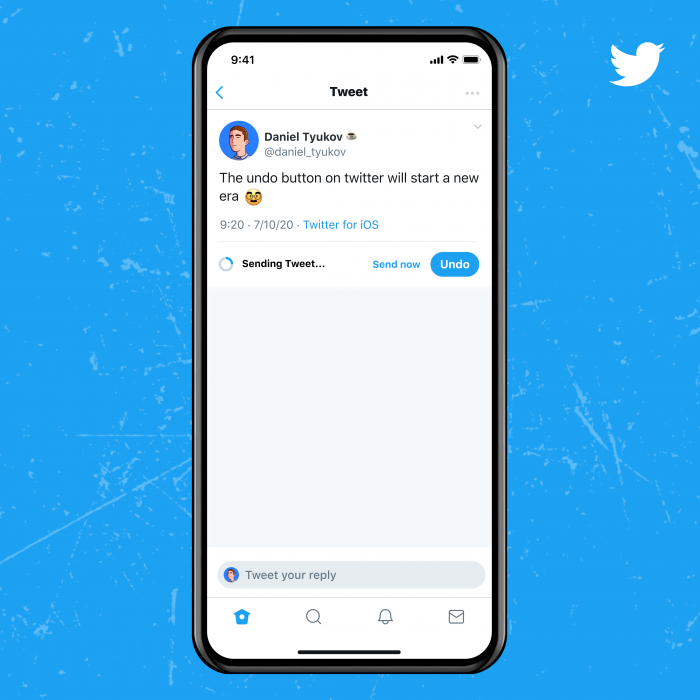 Maybe this will be a big hit with someone, but right now, it’s a little disappointing.

Reader Mode: Reader Mode provides a more beautiful reading experience by getting rid of the noise. We are making it easier for you to keep up with long threads on Twitter by turning them into easy-to-read text so you can read all the latest content seamlessly.

Note that, unlike most “reader modes” in web browsers and elsewhere, this isn’t about taking content published on the web, stripping out all the ads, and turning everything Helvetica.2 This is just for Twitter threads.

Twitter threads are indeed clunky messes for the uninitiated; like much of Twitter, they were a solution hacked together by users to solve a problem, not the result of a real development process. Twitter Blue’s reader mode blends all the tweets in a thread into one interrupted flow 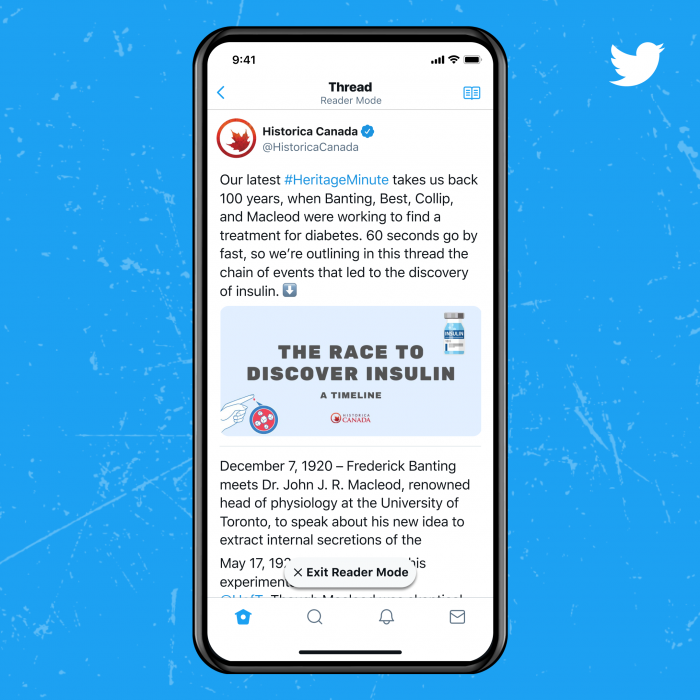 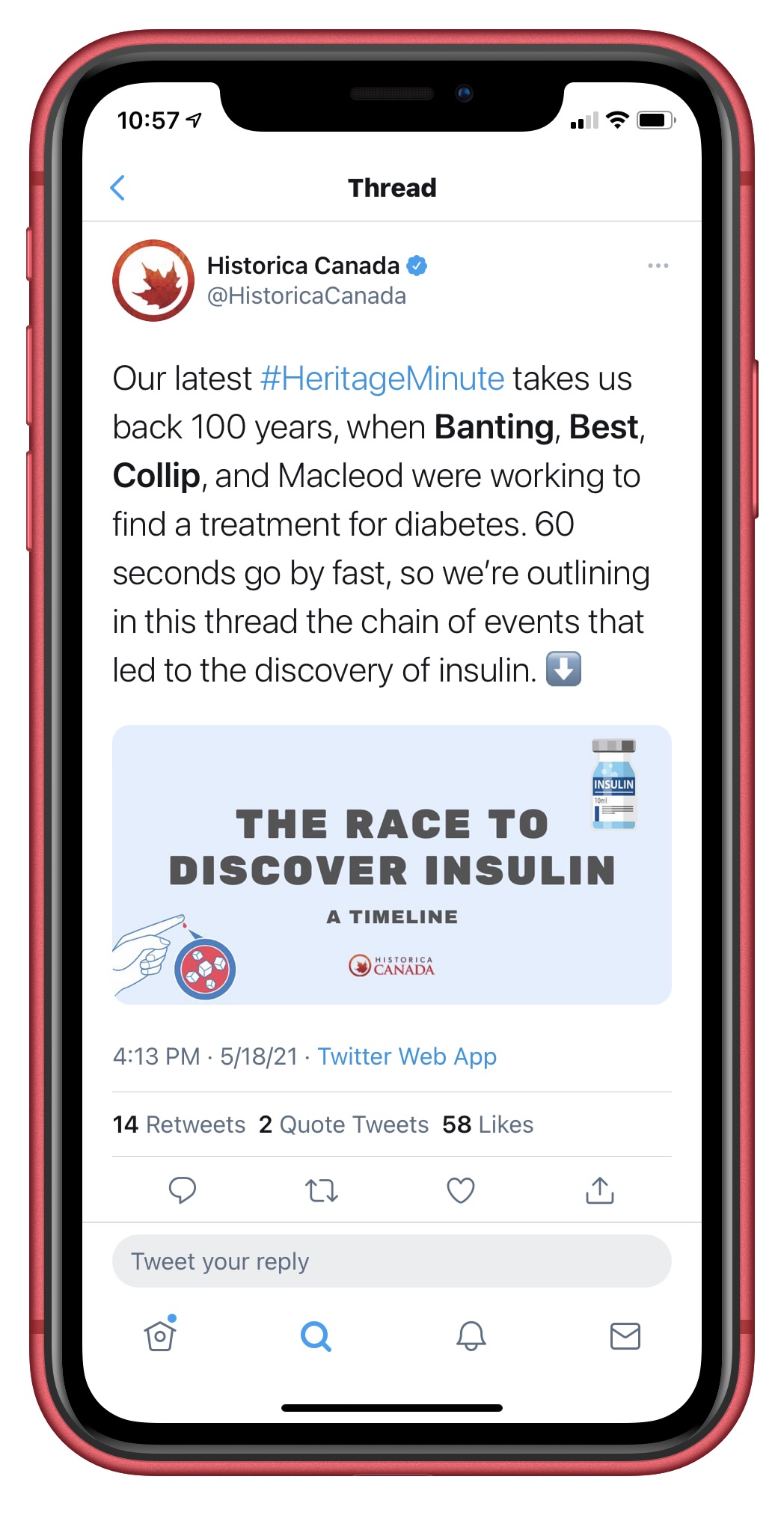 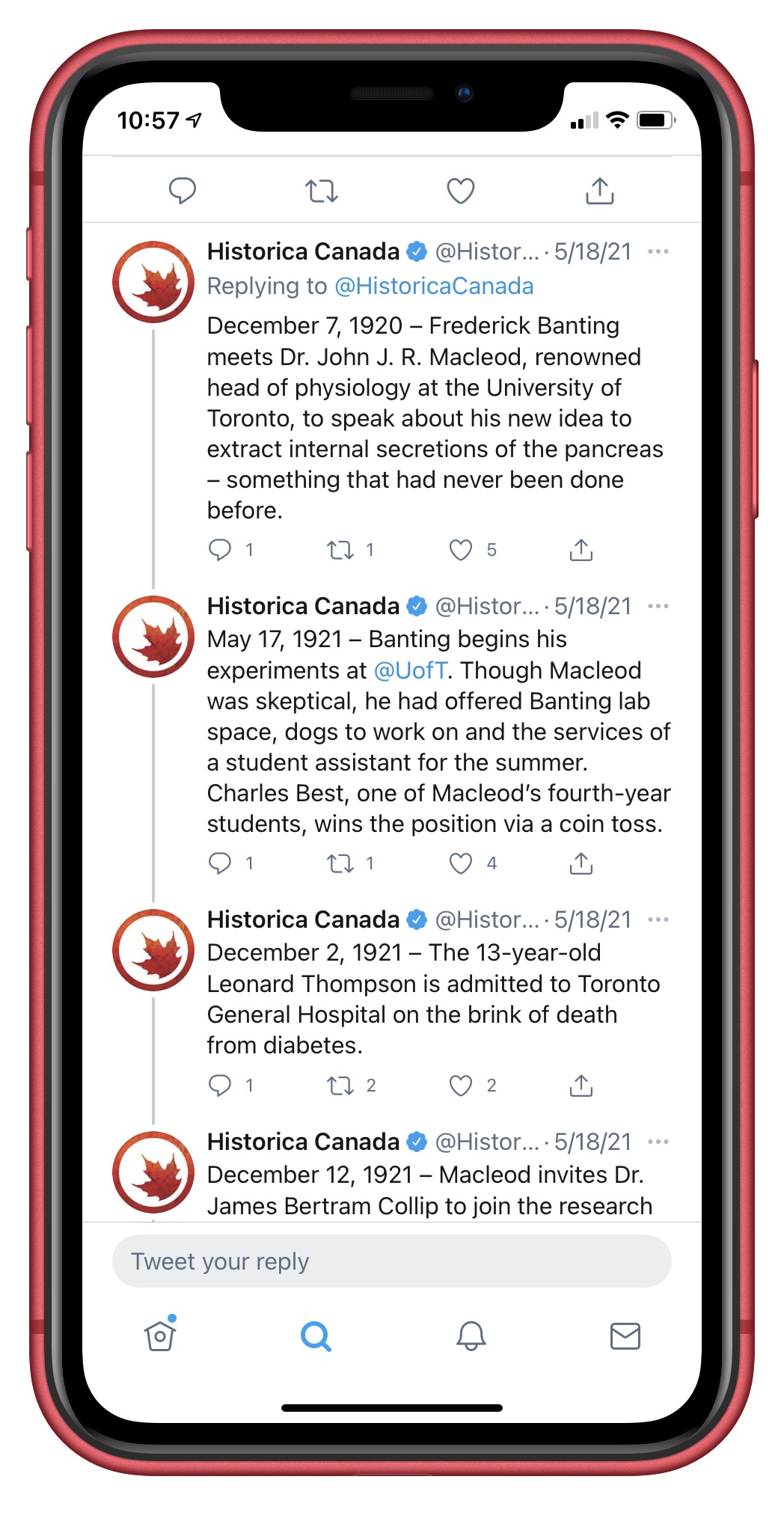 The new version is probably a nicer read, but note that it comes at the cost of removing all the like and retweet buttons for individual tweets, which could hurt their reach. And frankly, if you like Twitter enough to spend $3 a month on it, you probably understand how to read a thread just fine already. The people this functionality would benefit aren’t going to be the people using it.

Bookmark Folders: Want an easy way to better organize your saved content? Bookmark Folders let you organize the Tweets you’ve saved by letting you manage content so when you need it, you can find it easily and efficiently.

As someone with Stage 4 Chronic Tab Addiction (CTA), I know well the impulses that lead one to want to categorize and juggle enormous amounts of content. And keeping track of individual tweets within the platform has always been a bit of a challenge.

You could always use likes as a sort of bookmark system, of course. But that flattens the “I approve of the news announced in this tweet” like, the “I think you’re cute, please see that I liked this in your mentions” like, the “this tweet was well played, good on ya” like, and the “Oh, this is actually important for work” like — all of which are perfectly legitimate uses of that little red heart.

Twitter unveiled Bookmarks in 2018 as a way to deal with one problem: People know that you’ve “liked” one of their tweets, but they don’t know if you’ve bookmarked it. (This is an especially useful distinction for journalists.) But your bookmarks were still a flat, unfiltered mess, a neverending scroll, which limited their usefulness.

Bookmark folders could solve that. 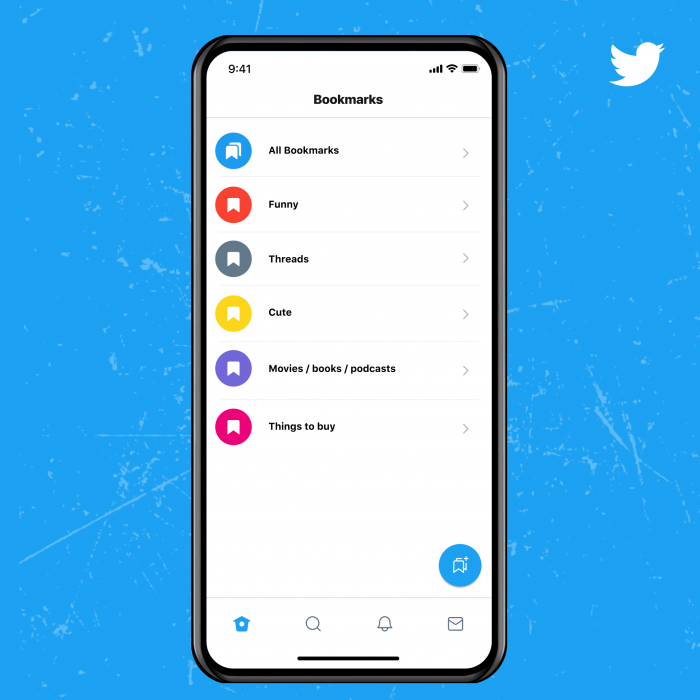 Consider this use case: You’re a reporter just starting work on a story. You want to see what people are saying about Topic X on Twitter, so you search some searches and check out some tweets. Before, if you wanted to keep track of, say, 10 or 12 of them, you either had to (a) like them, in which case they’d be mixed up with everything else you like, (b) use bookmarks, in which case there’ll be no easy way to find them in your bookmark haystack, or (c) use something outside Twitter, like keeping them each open in browser tabs or dumping them into Evernote or OneNote or Drafts or wherever you like to hold digital stuff.

Compare that to being able to quickly create a “Topic X” folder in your bookmarks and put the tweets there. They’re segregated from the main flow and easy to find days, months, or years from now. This is the feature that’ll earn my $3 a month.

The last element of Twitter Blue: “Subscribers will also get access to perks, such as customizable app icons for their device’s home screen and fun color themes for their Twitter app, and will have access to dedicated subscription customer support.”

Real customer support is welcome. But a very large share of Twitter’s direct customer interactions are about abuse on the service — telling Twitter that someone is threatening violence, spewing bigotry, stalking someone, or something similar. And Twitter’s responsiveness to those reports is famously…inconsistent, both in terms of its decisions (what to do with a particular tweet or user) and its responsiveness.

So will Twitter Blue subscribers who report an abusive Nazi now get priority service, faster replies, and more thorough communication? Nice for them, I guess, but that kind of customer service doesn’t seem like something that should be limited to a paying elite.

One last note: $3 a month (well, $2.99) is pretty darned cheap. Certainly cheaper than most digital news subscriptions, and cheaper than most SaaS subs overall. With all the talk of subscription overload — and how much those $4.99s and $7.99s and $9.99s can add up as monthly bills — it’s interesting Twitter is aiming this low. Maybe that’s a sign of how inessential most of its initial feature offerings are. Or maybe it suggests Twitter sees a market opening at this price point — that $2.99 is the “aw, hell, why not” price level that will trigger a sale in a meaningful number of people.

Twitter earns about $4.30 in quarterly revenue for every active user it has. Adding a Twitter Blue subscription — $3/month, $12/quarter, $36/year — is a substantial increase in ARPU even at that low of a price point. I’ll be interested to see how much more experimentation there is on this lower side of the pricing spectrum.

Watercolor of the Eastern Bluebird by John James Audubon, from his The Birds of America, Plate 113.