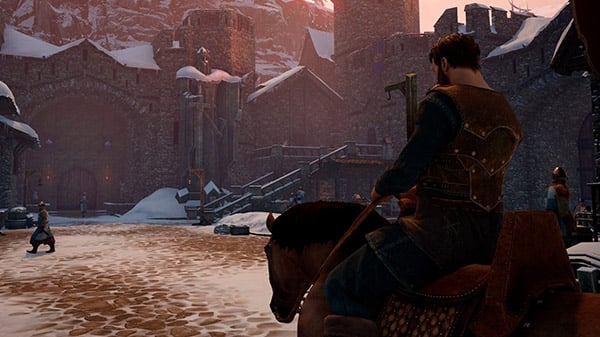 Publisher Deep Silver and developer 1C Entertainment have delayed King’s Bounty II from its previously planned March release window to August 24, the companies announced during the Epic Games Store Spring Showcase. It will be available for PlayStation 4, Xbox One, Switch, and PC Steam.

“As a team, we had to make the difficult decision to move King’s Bounty II‘s release to a later point in 2021 to ensure the team has adequate time to deliver the best possible King’s Bounty experience,” said 1C Entertainment CEO Nikolay Baryshnikov in a press release.

King’s Bounty II producer Denis Maltzev added, “We are currently at a stage where the content is complete and playable, but we need more time to finish playtesting, fixing and polishing. The revised launch date will give us additional time for balancing, which is much needed for such an important project, with its ambitious open world, complex narrative and deep turn-based tactical and RPG mechanics.

“Seeing the love and passion that you, our fans, put behind this project, we are grateful for all your support and ask for a little more patience. We are hoping that this won’t feel like a long delay and please make sure to keep an eye on our news channels to receive the latest updates as we approach the new release date.”

Here is an overview of the game, via its Steam page:

Offering a fresh take on the acclaimed fantasy series, King’s Bounty II expands upon its tactical turn-based battles to offer players a truly immersive RPG experience that adds weight to their every decision, whether leading an army into battle against unliving horrors, or building relations with local townsfolk. Experience a rich world that blends realism and fantasy, filled with compelling stories, memorable characters and moral choices aplenty!

Taking on the mantle of one of three heroes—each with their own unique story—players embark on a non-linear, open-world adventure across a detailed and densely-packed fantasy landscape. Split into two distinct phases, players traverse the realm from a third-person perspective, picking up quests, exploring the wilderness, and getting to know the people they meet. When conflict arises, however, the perspective shifts to tactical, turn-based combat. Players must then make smart use of their units as they fight to win.

Set in the vast realms of Antara, a great danger has arisen. A mysterious blight has descended upon its furthest reaches, corrupting the land and all who live there. Refugees from the affected regions have begun arriving in the kingdom of Nostria, putting food and resources in short supply. Once living souls, blight-distorted creatures now roam the countryside leaving chaos and destruction in their wake. The land itself fights for survival, giving your decisions greater weight than ever before. How will you forge Antara’s future?

Watch a new trailer below. View a new set of screenshots at the gallery.

Use the coupon code “GEMATSU” for 5% off.

Comments are welcome and encouraged on Gematsu. However, we ask that you follow a simple set of guidelines:

Gematsu reserves the right to edit or delete any comments without notice. This comment policy is subject to change at any time.

Loading...
Newer Post
HP Presidents’ Day sale: Save up to 45% on Envy, Pavilion laptops, monitors and more
Older Post
Gamers have resorted to buying this 4-year-old graphics card, but they shouldn’t

The Ultimate Guide To Zucchini 0