Nearpod, the Miami-based edtech company, is being acquired by Renaissance Holding Corp., a group that develops education techno

Zuckerberg suggests how to tweak tech’s liability shield
I Miss Watching Horribly Compressed Movies on My Game Boy
How to stand out in a world of video-based events: 4 problems and 4 solutions – UKTN (UK Technology News 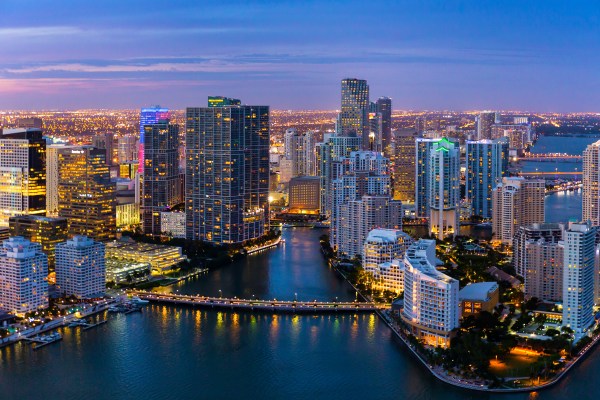 Nearpod, the Miami-based edtech company, is being acquired by Renaissance Holding Corp., a group that develops education technology. While Nearpod isn’t announcing the news until later this month, the information leaked to Yahoo! Finance yesterday, and a source inside the company confirmed the sale with TechCrunch this morning. The acquisition price and further details have yet to be disclosed.

Nearpod offers an edtech platform that K-12 teachers use in the classroom to create interactive slides filled with videos, quizzes, questions and other activities. Students can use any device to participate in the lessons in real time; there is also a student-paced learning mode. In response to the pandemic, Nearpod now also offers remote learning.

It’s been a busy year for Nearpod. The company, which was founded in 2012 by three Argentinian entrepreneurs, is now led by Pep Carrera, who was brought on in early 2020 just as the pandemic gained traction. The company has raised more than $30 million in venture capital according to Crunchbase, and we last profiled the startup in 2017 when it raised its Series B.

In a previous interview, Carrera told me “My first day on the job, I’m driving to the office [near Dania Beach] and talking to the management team on the phone, and we decided that we needed to close the office due to the pandemic. This was in March.” Nearpod currently employs about 250 employees, most of whom are at their Dania Beach HQ.

While the pandemic has posed many questions around remote work, under the leadership of Carrera, Nearpod has seen explosive growth in 2020. While Nearpod was primarily designed to be used in the classroom, the team was able to turn it into a remote-learning platform, too, making it a forerunner in K-12 distance education.

Nearpod is used in all 50 states, and in more than 1,800 school districts. In 2020 alone, the company grew by about 50% with more than 1 million teachers using the product, and 2-3 million students online per day. In a December 2020 interview, Carrera told me that all the money being generated right now is being put back into the company to propel its growth, which has been organic. Nearpod spends very little ad dollars on marketing. The real marketing, he said, is by word of mouth.

Prior to joining Nearpod, Carrera was president of ProQuest Books, where he led a team focused on providing innovative software that made efficient and impactful the acquisition, management and delivery of books to academic learners, researchers and librarians. Prior to ProQuest, as president and COO, Carrera grew by 10x (over six years) VitalSource Technologies, the digital learning division of Ingram Conte Group, serving more than 20 million learners per year globally.

M&A activity in edtech has accelerated as VCs have splurged funding into the space. As my colleague Natasha Mascarenhas wrote recently, edtech M&A is leading to mass consolidation in the space. Nearpod joins a number of other edtech companies like Symbolab and Woot Math that have exited in recent months.