PROVO, Utah, Sept. 15, 2021 (GLOBE NEWSWIRE) — Leading tech repair provider uBreakiFix® by Asurion has opened its newest franchise location in Provo at 2255 N. University Parkway Suite 50. The store offers professional repair services for anything with a power button, from smartphones, tablets, and computers to game consoles, smart speakers, and drones—and everything in between.

While common repairs include cracked screens, battery issues, and water damage, uBreakiFix repair experts have fixed more than 12 million devices and can help with most any tech mishaps, with most basic repairs completed in two hours or less.

uBreakiFix Provo is owned by Scott and Stacey Wells, who also own uBreakiFix stores in Sandy and South Jordan.

“We are looking forward to the opportunity to introduce the uBreakiFix brand to Provo as we continue to serve this region,” said Wells. “Broken devices are more than just an inconvenience when so much of our customers’ work, education and daily lives revolve around technology. We have an experienced team of professionals who are well-versed in customer service which allows us to provide a positive repair experience.”

uBreakiFix repair experts fix all types of electronics, regardless of make or model, and uBreakiFix is an authorized repair provider for some devices, including Samsung Galaxy and Google Pixel smartphones. Customers can book a repair appointment online or stop by the store for walk-in service. uBreakiFix offers free, no-obligation diagnostics on all gadgets, as well as a low-price guarantee and 90-day warranty on all repairs.

uBreakiFix was founded in 2009 after Co-founder Justin Wetherill dropped and shattered his own smartphone, sparking the idea for a convenient, affordable repair option. Wetherill partnered with David Reiff and Eddie Trujillo to bring the concept to life, and it has since grown from a single storefront in Orlando, Florida, to nearly 700 locations across the U.S. and Canada. uBreakiFix joined the Asurion® family in 2019 and now operates as a subsidiary of the tech care company.

“We are excited to serve more people in Provo with fast and affordable tech repair,” said uBreakiFix CEO Dave Barbuto. “We all rely on our phones and laptops more than ever before, and at uBreakiFix our mission is bigger than repairing shattered screens and broken charge ports. We fix tech because people rely on tech to stay connected to things that are important to them. I look forward to serving this community through our new Provo location.”

For more information, to view a service menu, or to book a repair appointment, visit ubreakifix.com/locations/provo. uBreakiFix Provo is located at:

About uBreakiFix® by Asurion
uBreakiFix® by Asurion specializes in the repair of small electronics, ranging from smartphones, game consoles, tablets, computers, and everything in between. Cracked screens, software issues, camera issues, and most other problems can be repaired by visiting uBreakiFix stores across the U.S. and Canada. Since 2016, uBreakiFix has served as the exclusive walk-in repair partner for Google Pixel customers. In 2018, uBreakiFix became a Samsung Care authorized service provider offering same-day, in-person support for Samsung Galaxy customers across the U.S. In 2019, uBreakiFix joined the Asurion® family and now operates as a subsidiary of the tech care company while still maintaining the franchise model. For more information, visit ubreakifix.com.

A photo accompanying this announcement is available at https://www.globenewswire.com/NewsRoom/AttachmentNg/4f47ec5a-4a13-4db4-961e-9a628ab4c31c 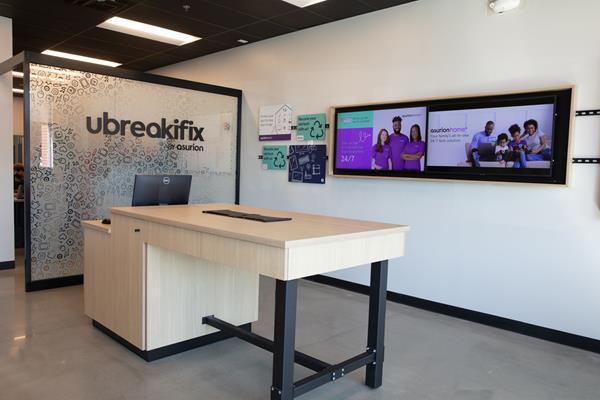 Here are the Leaders in Diversity of North Texas business – WFAA.com 0

Covid: 50% of patients admitted to hospital during first wave suffered at least one complication 0