The 420 Issue (2021) – The State of Delta-8: Booming Business? And how potential cannabis reform could affect business – Food – Austin Chronicle 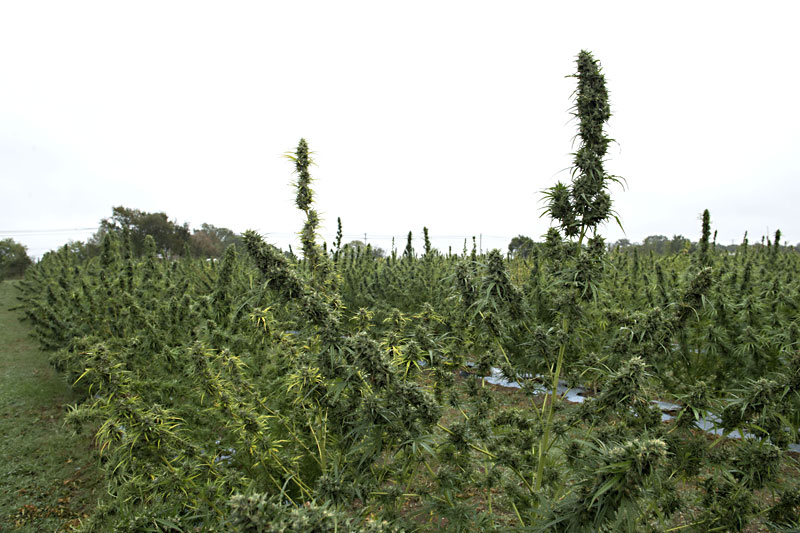 Not long ago, Green Cross CBD owner John Elmore put a sandwich board with the words “Delta-8-THC” on the sidewalk outside his East Austin storefront. “There [were] literally tire marks outside the shop on Cesar Chavez from people slamming on their brakes, coming in, and saying, ‘What’s Delta-8-THC?'”

The trending cannabinoid (a chemical compound from the cannabis plant) – Delta-8-tetrahydrocannabinol – is an isomer of Delta-9-tetrahydrocannabinol, one extracted from hemp. Although it is psychoactive, Delta-8 differs on a molecular level from Delta 9, which is the most well-known and discussed ingredient in marijuana, and produces a much milder “high.”

Delta-8 didn’t initially interest Elmore when he began getting calls about it last summer. He was hearing about it in the context of being a legal high, while his store focuses on health and wellness, so only when he sampled Delta-8 for himself did he see its remedial potential. According to Elmore, that was confirmed when a seriously injured client found it effective for pain management, appetite stimulation, and getting a good night’s sleep. He reports that another customer switched from CBD to Delta-8 for his neuropathy because it helped him more.

“People are loving having legal access to it – not having to deal with sketchy people or breaking Texas’ laws,” he notes.

But this latest piece of the cannabis plant puzzle – and all of the surrounding reform legislation swirling around on local, state, and federal levels – is just the latest in ongoing efforts on both sides of the issue.

While Delta-8-THC products are overwhelmingly extracted from federally legal hemp, there remains a concern the cannabinoid could be banned by the state. Such a worry cropped up in recent weeks with House Bill 3948, a revision of Texas’ hemp program that’s currently making its way through committee. While the bill contains several tweaks that could benefit in-state hemp producers, the legislation’s original text included language that risked dooming the Delta-8 boom. It raised the total allowable THC content from 0.5% to 1%, but stopped making a distinction between Delta-9-tetrahydrocannabinol and its previously unregulated isomers, meaning Delta-8 would’ve been capped at an ineffective 1%.

“The exploding popularity of Delta-8 products has created needed financial opportunities for Texas extraction labs and farmers,” Texas Hemp Growers Association President Zachary Maxwell told the Chronicle. “To take that away with a total ban would put Texas’ hemp industry at a significant disadvantage to other states.”

However, at an April 8 Agriculture and Livestock Committee meeting, a substitute version of the bill was presented that specified THC limits as Delta-9, averting the threat to Delta-8 legality. An aide for HB 3948’s sponsor, Rep. Tracy King, told the Chronicle that the legislation had been authored by Sen. Charles Perry, and had originally intended to limit Delta-8 levels, but King’s substitute bill corrects that, among other things.

The looming threat to the Delta-8 market – including a recent attempt to widespread-ban smokable hemp products, one that the Texas Department of State Health Ser­vices attempted to put into law – has been tied up in district court since last summer. If upheld, Delta-8 vapes, flowers, and pre-rolls would be outlawed.

“It’s a huge concern – not just financially as a small business owner, but it’s a concern of mine because I’ve seen the medicinal value that [Delta-8] offers for people,” Elmore says of any new laws or regulations that would impede Delta-8 sales. “My goal is to help people to have access to natural medicine so they don’t have to take so many pills.”

In the bigger picture of cannabis-related legislation, April saw several bills emerge through House committees. Two of them deal with penalty reduction: HB 2593 (Rep. Joe Moody) reduces the penalty for small-scale possession of THC concentrates, meaning less than 2 ounces. House Bill 441 (Rep. Erin Zwiener) pulls down the punishments for holding up to an ounce of marijuana flower, making it a class C misdemeanor in which the possessor cannot be arrested, lose their driver’s license, or have the charge added to a criminal record. Meanwhile, HB 1535 (Rep. Stephanie Klick) expands Texas’ extremely limited medical cannabis program in strength and scope. It would allow treatment products to contain up to 5% THC (a notable jump from 0.5%) and open medical services up to cancer patients, veterans with PTSD, and people with chronic pain.

Lawmakers now wait and see if they get scheduled for a House vote, where if they pass, they’ll go into the much more daunting domain of the Texas Senate.